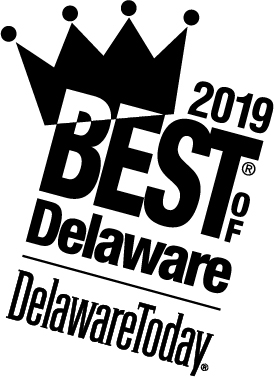 Ice Cream has been the nation's favorite dessert for longer than Woodside Farm has been owned by the Mitchell Family. In 1744 ice cream was served at special functions by the Governor of what would eventually became the State of Maryland. A year after the Declaration of Independence was signed the New York Gazette proclaimed the rarity called "ice cream" to be available at selected city locations. Our first President, George Washington, was an avid ice cream lover and is rumored to have run up a $700 ice cream tab one summer! Dolly Madison, our 4th President's wife, was the first to serve ice cream at White House dinners.

When the Mitchell family decided to settle in Mill Creek 100 in 1796 ice cream might have still been made with a freezer of French design dating to the 1560s. Two-hundred years ago ice would be chopped from the local streams and ponds in winter and stored underground for later use in making ice cream the following summer as well as for storing perishable foods. Fresh milk, farm-grown fruit, and imported sugar and vanilla would be used to make batches of the tasty treat for special summer events. Ice cream was a delicacy and not commonly available except in big cities at generous expense to the buyer.

In 1845 Nancy Johnson, a New Jersey native, invented the hand-cranked ice cream machine. Ice cream would now be easier to make at home. With the industrial revolution the ability to cool water into ice using ammonia-based refrigeration systems made the production of ice creams easier and thus more plentiful. By the early 20th Century the production of ice cream was a commercial process and soda fountains and ice cream parlors were common in most cities. Soon regulations were in effect to dictate what commercial ice creams were required to contain and still be called ice cream. Today we enjoy a rich variety of ice cream products readily available at our local grocer.

Woodside Farm Creamery ice creams are still made in nearly the same way they were when George Washington was President and when the Mitchell ancestors purchased the land. Jersey cows still graze upon nearly 64 acres of fertile Mill Creek 100 soil in New Castle County Delaware. Each morning just after dawn and each night just before dusk Joe and Jim Mitchell milk (with the aide of a manual vacuum milking system) approximately 30 Jersey cows for their high butterfat milk which will be made into ice cream. Just as today's commercial ice cream producers do, Woodside Farm milk is batch pasteurized and homoginized before the addition of sugars and other ingredients necessary to turn the milk into "sweet cream" which is the name for the ice cream mix before it is flavored and frozen.

In a small building next to the milking parlor ice cream is made five days a week at Woodside Farm the old fashioned way; in small batches. Proper amounts of fruits, nuts, and other flavorings are manually measured out to place into a batch freezer. The sweet cream mix is added first, then the additional ingredients and the batch freezer is started. The batch freezer provides the mechanical cooling necessary for the mix to properly freeze into ice cream while a motor turns the dashers inside the stainless steel tub. When the ice cream is at the proper consistency it is drawn from the batch freezer and packaged in quarts, pints, or 10-quart boxes. After a day in the sub-artic freezer it is ready for sale at the ice cream stand.

Jim Mitchell has on occasion been heard to quip "A couple of weeks ago our ice cream was grass!" Nothing could be closer to the truth. The Mitchell family is directly involved in the breeding and raising of select Jersey cows and their daily milking. Each week Jim takes a batch of milk to a local dairy for custom processing into the sweet cream mix that eventually becomes Woodside Farm Creamery ice cream. Back at Woodside Farm the sweet cream is made into any of a number of ice cream flavors for sale at the ice cream stand, at special events, and at fine restaurants in the area.